Associate Professor Arie Dubnov is the Max Ticktin Chair of Israel Studies in GW’s History Department and the Judaic Studies Program. He holds a PhD in history from the Hebrew University of Jerusalem. His fields of expertise are modern Jewish and European intellectual history, with a subsidiary interest in nationalism studies. He is the author of Isaiah Berlin: The Journey of a Jewish Liberal (2012) and has published essays in journals such as Nations & Nationalism, Modern Intellectual History, History of European Ideas and The Journal of Israeli History. He is the editor of the collection (in Hebrew) Zionism – A View from the Outside (The Bialik Institute, 2010).  Professor Dubnov has taught classes entitled “Zionism, anti-Zionism, post-Zionism: Wars of Ideas” and “A Critical History of Modern Israel” and will be teaching a course entitled “War and Peace in Israeli Society” in 2018.

Orian Zakai is the new Director of the Hebrew Program at GW.  She was a visiting assistant professor of Modern Hebrew at Middlebury College and received her PhD at the Department of Comparative Literature at the University of Michigan. Her research and teaching interests include women and gender in Modern Hebrew literature, the interrelations between Hebrew literature and nationalism, the intersections of gender, nationality and ethnicity in contemporary Israeli culture, and post-colonial and feminist theories. Orian has published articles on gender and nationalism in Nashim and Prooftexts. Her collection of short fiction Hashlem et he-haser (Fill in the Blanks) was published in Hebrew in 2010 by Keter Books. She is a member of Jewish Voice for Peace’s Academic Advisory Council. 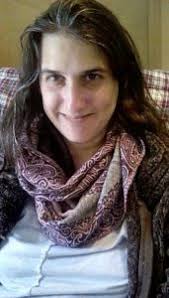 Francesco Sinatora is Assistant Professor of Arabic in the Department of Classical and Near Eastern Languages and Civilizations. He holds a PhD in Arabic Linguistics from Georgetown University and an MA in Afro-Asiatic Studies from the University of Pavia. His research interests include Arabic diglossia, Arabic in the media, cognitive linguistics, discourse analysis, and early Arabic poetry. He has taught Arabic at the Sijal Institute in Jordan, the University of Exeter in England, and the University of Pavia in Italy, as well as Georgetown University.  His publications include a forthcoming article entitled “Online Ethnography in the Arabic as a Second Language Classroom” in the Handbook for Arabic Language Teaching in the 21st Century Volume II (Routledge 2017). 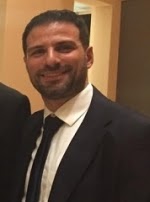