Charles E. Kiamie III, MESP BA ‘00, is Deputy Director of the U.S. Agency for International Development’s (USAID) Office of Local Sustainability – and Professorial Lecturer in both the Elliott School of International Affairs and GW’s Department of Political Science. His work with the Office of Local Sustainability is meant to expand and diversify USAID’s partnerships with local and U.S.-based development actors – including civil society, non-governmental organizations, academic institutions, private firms, philanthropies, and cooperatives – to facilitate sustainable, locally led development. Dr. Kiamie was previously Acting Director of this Office (2018-19); Regional Program Coordinator in USAID’s Middle East Bureau (2014-18); and Lead Foreign Affairs Officer in the U.S. Department of State’s Bureau of Near Eastern Affairs (2007-14). He has taught politics and Middle Eastern Studies at GW year-round for nearly 15 years. 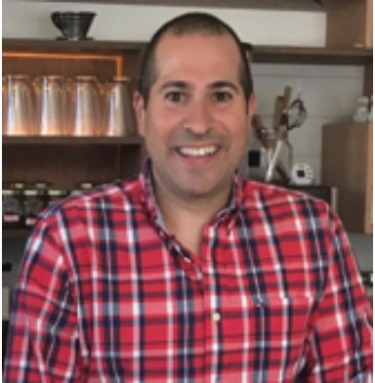 Dr. Kiamie earned his PhD in Government (2008) and an MA in Arab Studies (2004) from Georgetown University. He was a Fulbright Fellow in Jordan and read Oriental Studies (Modern Middle Eastern Studies and Arabic) at Oxford University through GW’s Pembroke College program. Dr. Kiamie’s academic interests include political reform, nation-building, (de)liberalization, political re-traditionalization, and Islamism in the Arab and Islamic worlds. At USAID, he advocates for procurement innovation; co-creation, including through the Broad Agency Announcement process; and increasing resilience and self-reliance through more sustainable program design and implementation across sectors and around the world.

Dr. Kiamie is vice-chair of Arab Americans in Foreign Affairs Agencies (AAIFAA), an official federal employee resource group; has mentored students and young professionals for many years through formal academic and professional programs; and is Den Leader for a large group of fifth-grade Cub Scouts in Arlington, Virginia, where he lives with his wife and two children.

At GW, Dr. Kiamie teaches Politics and Cultures in the Middle East during the Fall semester and Arab Politics in the Spring, both Writing in the Discipline courses for undergraduates. In the Summer, he teaches Comparative Politics of the Middle East for both graduate and undergraduate students. Dr. Kiamie credits his interest in these topics – as well as the broader issues he addresses at USAID – to a variety of explanations: his Lebanese roots and Palestinian-Jordanian wife; the opportunities he has had to live and work in nearly all countries in the Middle East and North Africa; and a strong sense of public service.